Halloumi, the Cheese of the Gods. And the Mortals. 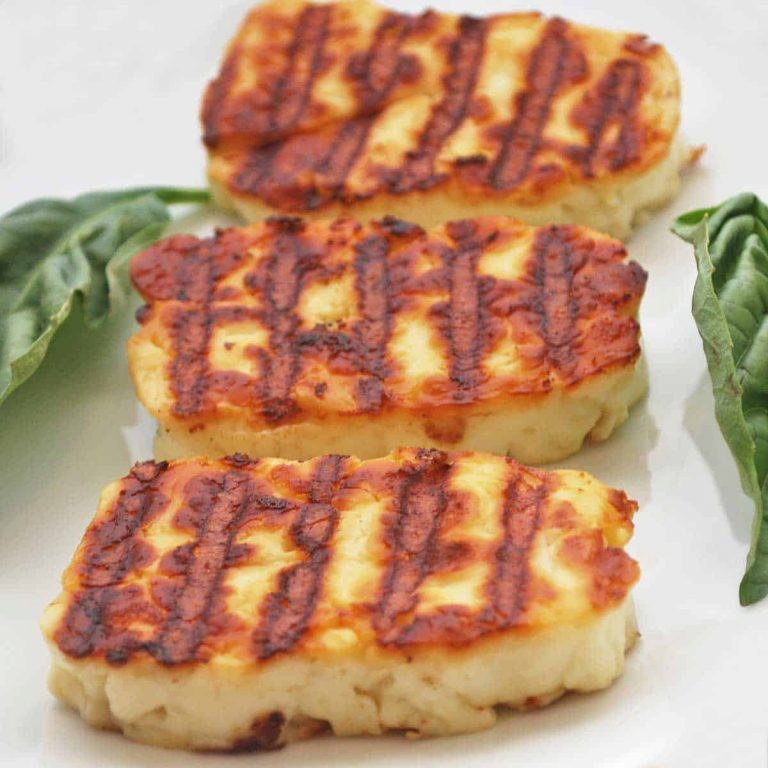 Cheesemaking can be frustrating with small mysterious mistakes ending up with … bad cheese. Uneatable cheese. All that work, and 25 of the 26 steps were perfect, but that 26th step – zonk, go to jail. Go directly to cheese jail.

Anyway one of the great things about halloumi (beside the fact that it is great cheese), is that it’s ready almost right away (no aging, no cultures), no tears of frustration when everything was going so well until that uninvited splotchy red amanita-looking mold showed up on week 7.

It’s a lot of work but it’s great practice, it’s very forgiving. It’s not chevre – also very hard to ruin, but let’s face it a bit of a bore after the first 100 times you make it – and it gives you a chance to practice some of your more elevated cheesemaking skills.

Halloumi is made with just milk, usually sheep milk or combination sheep-cow milk (there is bit of a brouhaha over that in Cyprus where halloumi just received its PDO after centuries of production) but Nigerian milk is perfect for it. It is the National Cheese of Cyprus, and it is also the National Cheese of my house. It’s a great winter cheese when the fat is high. One year I was selling it at the Port Orchard market, which is a Saturday market. The first Saturday nobody had ever heard of it, and even though I had only made a few pounds of it, it didn’t sell out. Halloumi is a strange uncheese that softens but doesn’t melt, it is wonderful grilled (sear it quickly with a bit of olive oil in a very hot pan, then serve with lemon and a sprig of oregano). It has a squeaky curd mouthfeel and a delicious buttery-bacony aftertaste like a raclette.

Anyway, when I showed up the next week one of the adventurous gentleman who had bought halloumi the previous week arrived about 20 minutes before the market was supposed to open and asked if I had any of that “bacon cheese” from the previous week. I did, but only a few pounds. “Good, I’ll take it all.”

“That bacon cheese” was a modest hit from then on at the Market, and almost invariably sold out.

How do you make it? In a nutshell, you add a lot of rennet to the milk, nothing else. It sets up to a firm curd quickly, because that’s what a lot of rennet does. You cut the curd (medium pieces), you cook the curd (good practice getting a feel of when your curds have reached pressing stage), you drain, salt, and press the curd (I press in a square taleggio mold so I can cut the pressed curds like a loaf of bread in uniform square slices) for several hours, you slice that curd into pieces and return to the pot of hot whey where they will sink to the bottom, you cook them there until they float to the surface. And then they’re done.

1 thought on “Halloumi, the Cheese of the Gods. And the Mortals.”

1 thought on “Halloumi, the Cheese of the Gods. And the Mortals.”