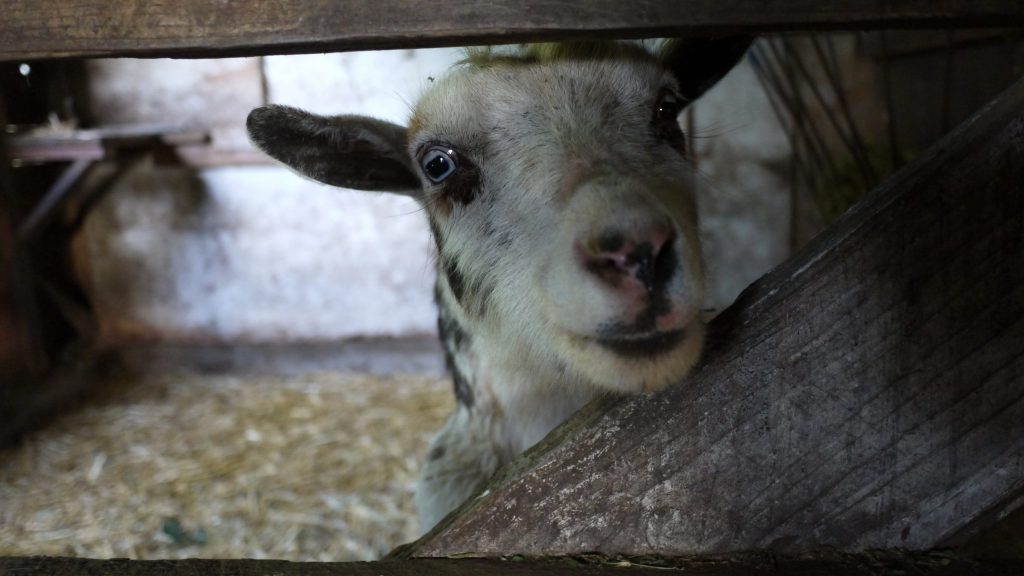 Haven’t had a case of goat polio in a really long time but had one yesterday. Here’s how it went if you haven’t had one. Morning – goat looks a bit odd, standing with her neck stretched up and to the side and her head at an odd angle. She comes in to eat but doesn’t eat. I make a note to check on her. I immediately forget the note.

A few hours later I look out and she is standing off alone, again with her head at an odd angle and stiff front legs. I call her name and she moves her head toward the sound. She is looking at me but can’t see me. Okay I’m slow but I get it, I go for the thiamine. It expired three years ago, because there hasn’t been a case of goat polio in a really long time. The regular vitamin B is empty – because I use it all the time and always have it on hand. Except when I need it.

I go to the feedstore and luckily they have fresh Vitamin B. I get home. She is down on the ground on her side, paddling her feet trying to get up. I grab her and try to set her on her sternum and she goes into a seizure, arches her neck and thrashes her head and legs against the side of the barn. I hold on the best I can but when it’s over her face and legs are scraped and bleeding. Get her inside the barn and load her up with vitamin B. She can’t hold herself up so I wedge her between two grain bins to keep her from flopping over. Oddly she can still swallow and she swallows about eight ounces of orange Gatorade, ounce by ounce from a syringe. She still can’t see.

POLIOENCEPHALOMALACIA...If you haven't had a case yet, it's just a matter of time. Goat polio is a potentially deadly malady that every goat breeder will encounter sooner or later - one of many reasons to keep Vitamin B on hand. Always.

Thiaminases are enzymes that split thiamine (vitamin B1, a crucial metabolic compound), and render it inactive. Some plants – the chief culprit is usually bracken fern – contain thiaminases and overconsumption can lead to goat polio.

More frequently, though, thiaminase poisoning in ruminants is caused by grain overload – eating too much grain, or a new kind of grain, which can alter the pH of the rumen and cause certain bacteria to grow out of balance. These bacteria, including Clostridium sporogenes and some species of Bascillus, can produce enough thiaminases to cause ‘goat polio’ with its characteristic symptoms of blindness and disorientation. 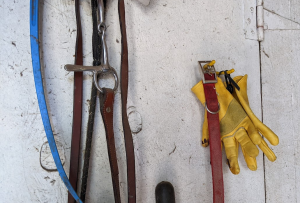 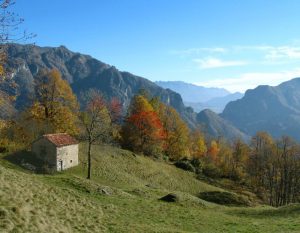 It’s late November. The milk is tired. And that means it’s taleggio season. 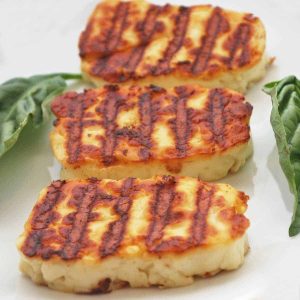 Halloumi, the Cheese of the Gods. And the Mortals.

Halloumi, the National Cheese of My House 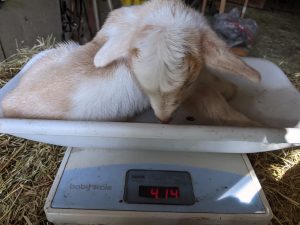 How to Kid, by Herron Hill CB Blue Clover

Clover is a champion kidder, by any standard. And every time she kids I say to myself, I really should get this on film. And every year I forget, because she’s kidding…

If you haven’t dealt with it yet, it’s just a matter of time. 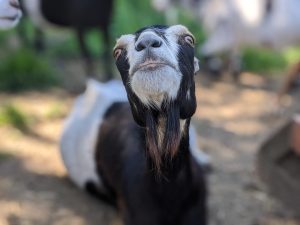 Not Goat Polio You think you have seen it all. The worms, the lice, the mites, the soremouth, the listeriosis, the goat polio, the dystocia,